A recent report by the Canadian Energy Research Institute (CERI) entitled “Global LNG: Now, Never or Later,” predicted that “Africa could be considered a dark horse in gas production with the potential to increase production dramatically over the long-term.”  The report explains that while African producers have also had political disturbances, the International Energy Agency (IEA) expects Egypt and Algeria to increase development.  “In addition,” continues the report, “East Africa is expected to start developing gas reserves of its own and there have been indications that Nigeria and Angola may increase output as well.”
According to the IEA, “the factors that drive natural gas demand and supply increasingly point to a future in which natural gas plays a greater role in the global energy mix.”  The CERI report, citing to the IEA’s “Golden Age of Gas report,” further highlights the role of developing countries in this expansion and explains that “global natural gas demand has increased by over 30 percent since 2001, and amounted to 113.8 TCF in 2011. By 2035, natural gas demand could exceed 180 TCF, with developing countries accounting for the vast majority of incremental natural gas demand growth.” According to the Golden Age of Gas report, “the strongest centers of growth in natural gas production are expected to be the Middle East, Russia, Caspian, North America, China and Africa.”
While these centers of growth have yet to be defined, one thing is certain – the Golden Age of Gas presents opportunities for global resource development.  These environments, however, can be particularly challenging to companies when it comes to risk assessment and mitigation.  That’s where SpatialTerra comes in and we had the opportunity to talk to Scott Kesterson and Pete Gillette, co-founders of SpatialTerra Consulting Group, LLC, about their business model on ICOSA radio.
According to Kesterson, organizations make decisions based on traditional corporate competitive intelligence.  To mitigate risk and maximize profits, however, traditional competitive intelligence is not enough. To mitigate risk, corporations must pay attention to a community’s social dynamics.
Gillette goes on to explain that in the globalized economic, social and political spheres, all problems are local. Hyper-networked communications have outpaced even the most sophisticated government controls and corporate talking points.
“Today, any organization is but one Twitter feed away from crisis.” 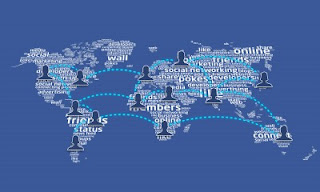 In nearly every global flashpoint crisis in recent years, be it commercial or governmental, the core contention could be traced to social dynamics — impacts to individual and collective health, welfare, traditions, security or justice. The factors that have been dismissed as “soft science” were, in fact, the consistently and immediately identifiable drivers in events as diverse as the uprisings in Libya and labor disputes in Brazil to community pushback on the Keystone Pipeline in Nebraska and hydraulic fracturing in western Pennsylvania.


Failure to take into account consequences at the local level results in a gap between the outcomes envisioned by the organization and the actual outcomes during local implementation.   The gap highlights the unexplored understanding of the social space. This amorphous gray space poses the most complex risks to corporate ventures, both overseas and domestic.
How does this apply to the global natural gas market?  In the next several decades, companies will be entering new markets and every corporation entering an emerging market tells a story – the key is to match this narrative with the local language.

Without a grasp of the narrative and a sound exploration of the social sphere, a vast gray space emerges.  If left unbridged, the impacts to revenue and brand can be catastrophic. A quick examination of domestic hydraulic fracturing or international energy operations reveals the multitude of potentially devastating scenarios. In these and other cases, the roots of dispute lie squarely in competing narratives. Corporations have frequently failed to speak “the local language.”

Every place in the world has a distinct local culture, with traditions and values. There are common fears and desires that compel people toward or away from potential outcomes. Collectively, these become the motivations that define the community and form the local narrative.


More than language translation or historic ethnography, narrative sets the conditions for an organization seeking entry into a community. The ability to embrace and craft the evolving narrative determines whether innovative products and services gain acceptance.
Spatial Terra identifies the core motivations for the local narrative and shapes the business environment to the client’s benefit by bridging the narrative gaps that impede effective operations.

Consider the hydraulic fracturing debate.  In spite of potential benefits to the US economy and security, energy companies face significant resistance in some local areas. The scene is familiar: Concerned residents rally, emotionally citing empirical evidence to reject hydraulic fracturing outright. Energy firms dispatch world-class engineers to counter the concerns using complex technical data and use other methods to undermine local resistance.  Rather than acknowledging the public’s concerns, lowering the tone of the debate and building cooperative trust, these firms accelerate the collision.

“Fueling contention does nothing to bridge the narrative gap.”
Spatial Terra has helped shape some of the most hostile and austere environments on the planet. They believe the solutions, while not necessarily easy, are a very simple sum of component parts. They have explored the gray spaces and bridged the narrative gaps that determine the success or failure of technical innovation and strategic objectives. That outcome depends on how one tells the story.

Join us on ICOSA’s Driving Force radio for Part I and Part II and to listen to more about how Spatial Terra is working with companies to tell their stories in a way that will mitigate risk, and maximize profits.

ScottKesterson:  CEO of Spatial TerraConsulting Group, LLC.  He is an award-winning combat videographer/filmmaker.  For the past 6-years, Kesterson has worked as a Subject Matter Expert and Consultant for the Department of Defense, US Special Operations, Department of State, and private corporations pioneering work in the areas of cultural narrative, visual education and social media program development.  He has worked in the Middle East, Afghanistan, and Europe.  A graduate of Oregon State University, he currently lives in Portland, OR.

Pete Gillette:  Founding partner at Spatial Terra Consulting Group, LLC.  He is a 16-year veteran of military and government service, with experience as an Army paratrooper, Foreign Service Officer for the Department of State and special advisor for US operations in Afghanistan and Iraq.  Pete has worked throughout the Middle East, Asia, Africa and Europe.  A graduate of the University of Colorado, he earned his Masters in foreign policy from Georgetown University. He lives and works in Washington D.C.

Rocky Mountain Energy Blog
New technology, diverse energy resources and grid solutions can help redefine our energy landscape. Kelly de la Torre’s practice focuses on getting client's results by: finding solutions to market and regulatory barriers to energy development and for emerging technologies, by working with her client's to identify market opportunities and bring together the right parties and legal support to take advantage of those market opportunities. By understanding the energy landscape and understanding the client's objectives, Kelly can help companies design strategies to achieve their objectives within the existing statutory and regulatory framework and advocate for changes if necessary. Kelly has a B.S. in biochemistry and an M.S. in chemistry both from the University of New Mexico and a J.D. from the Rutgers-Camden School of Law in New Jersey. She is licensed to practice in New Mexico and Colorado and is a member of the U.S. Patent Bar.